“The investigation conducted by our Arson Bureau concluded that there is no fire hazard associated with CFLs that have been properly tested and listed by national testing laboratories,” Madison said.

Madison said, however, that the public, firefighters and fire investigators need to be aware of the “normal and expected” signs as a CFL nears the end of its life span or burns out because as this information can be misinterpreted as a “problem” with the bulb.

The New York State Energy Research and Development Authority (NYSERDA) recommends that consumers look for energy-efficient CFLs with the ENERGY STAR label, which are tested by Underwriters Laboratory for fire safety. To ensure proper installation, follow the instructions on the box.

CFLs produce about 75 percent less heat than standard light bulbs, so are generally safer to operate than incandescent bulbs. As with any product, however, all CFLs are not equal, and the ENERGY STAR label is assurance of product quality and safety, according to NYSERDA.

The calls to OFPC, Madison said, were prompted by recent postings on the Internet and inquiries from fire officials raising potential concerns of fire hazards associated with certain CFLs. The OFPC Arson Bureau investigated these concerns with the following findings:

Two manufacturer’s recalls were identified pertaining to CFLs and their fire safety hazards.

GLOBE Electric had a recall which involved a limited number of 13-watt CFLs manufactured between 2002 and March 2003. These bulbs were not sold in the United States and there were no confirmed cases of fires involving the recalled units. The history of the recall including the problem and corrective actions taken, as well as the affected date codes can be viewed at the Globe Electric website www.globe-electric.com.

TRISONIC had a recall which involved its 15-, 20-, 22- and 25-watt CFLs manufactured in 2007 and 2008. These bulbs were sold at discount stores for $1.00 to $1.50 each. The units were recalled over concern of a condenser over heating in the base causing the base to break apart. Two fires were reported. The problem was corrected with the placement of a fuse in the base of the unit which is used to protect the condenser. This technology is now used throughout the CFL industry.  The history of the recall including the model numbers affected can be found at www.trisonic.com.

In addition to researching the two noted recalls, Richard Barlette, Chief of the OFPC Arson Bureau, said further information was obtained relating to the applicability of Underwriters Laboratory [UL] listing and testing of CFL’s to include the following points:

UL listing of CFLs is not mandatory. Manufacturers of any product including CFLs may submit their product to Underwriters Laboratory for a product review in accordance with specific UL criteria. If determined to be compliant, UL will list the device and allow the UL listing logo to be placed on the product.

UL does have established criteria for CFLs, including a requirement that all bases be made of non-combustible materials. CFLs meeting UL criteria will display the trademark UL seal on the exterior of the bulbs base housing, [example photo]. Further information on the UL listing process and associated criteria for CFL can be obtained by contacting UL at 1-877-854-3577 or visiting its website at www.UL.com.

The OFPC Safety Alert was distributed to the Fire Service and emergency response community across the state and the National Association of State Fire Marshals. 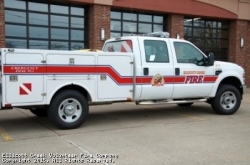 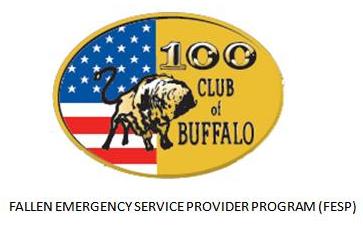 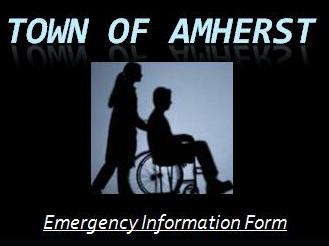 This site has been viewed 120,108 times.
Calls
Events
Pictures
Apparatus
Maintained by the members and staff of Amherst Fire Chief's Association Inc.. Designated trademarks and brands are the property of their respective owners. Copyright © 2006-2022. YourFirstDue Inc. All Rights Reserved. Content on this web site is supplied by Amherst Fire Chief's Association Inc.. YourFirstDue Inc. cannot be held responsible or liable for any content, text, pictures, or any other media found on this web site.
Management login
Powered by